Wow, what a busy weekend we had, cranking out puck after puck for two days. I had purchased about 150 pucks before the faire, but had to puchase another 100 pucks Sunday morning on the way to the Faire. 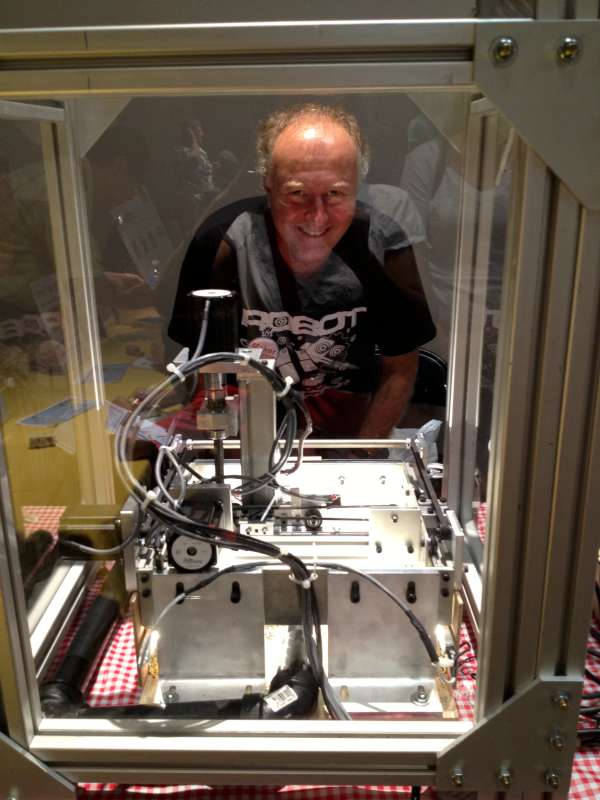 The puck mill had created about 15-20 pucks before the faire – test pucks as I was calibrating the X and Y axis, and setting the Z height. But, from the second the Faire started, until it ended, we were continually carving names into pucks. The machine literally ran non-stop – as quickly as we could swap new pucks into the machine, it would start carving again.

So, over two days, we created 300 pucks in total – that’s 300 puck designs, and 300 toolpath G-Code files, and then sending them all to the Planet-cnc controller to create the pucks. Our copy of Vectric V-Carve Pro was really put to the test! 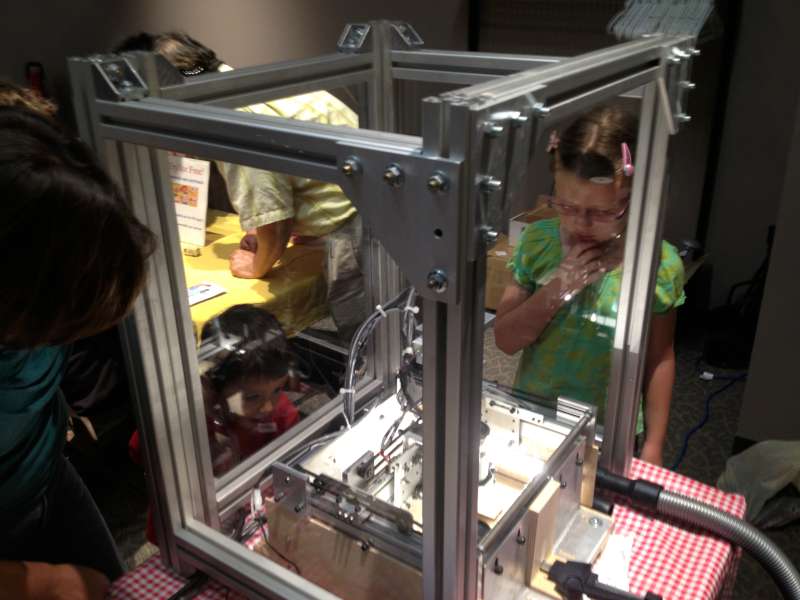 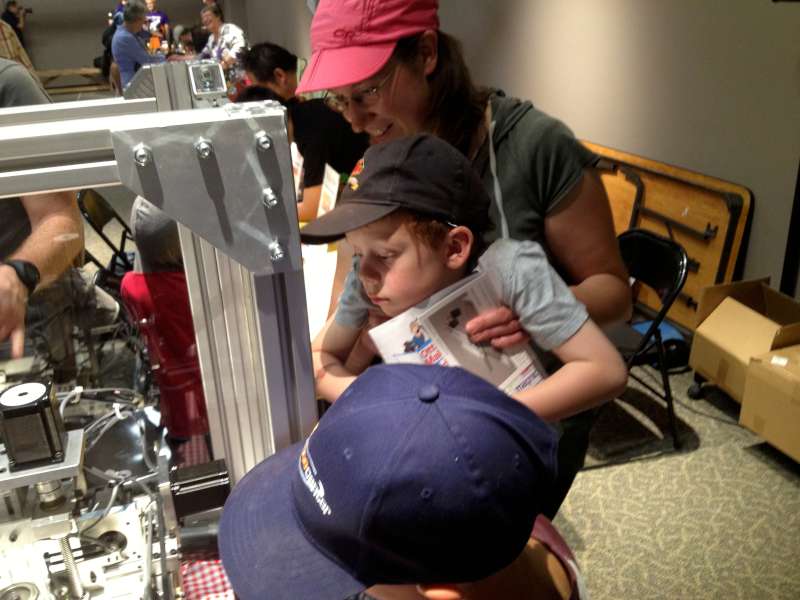 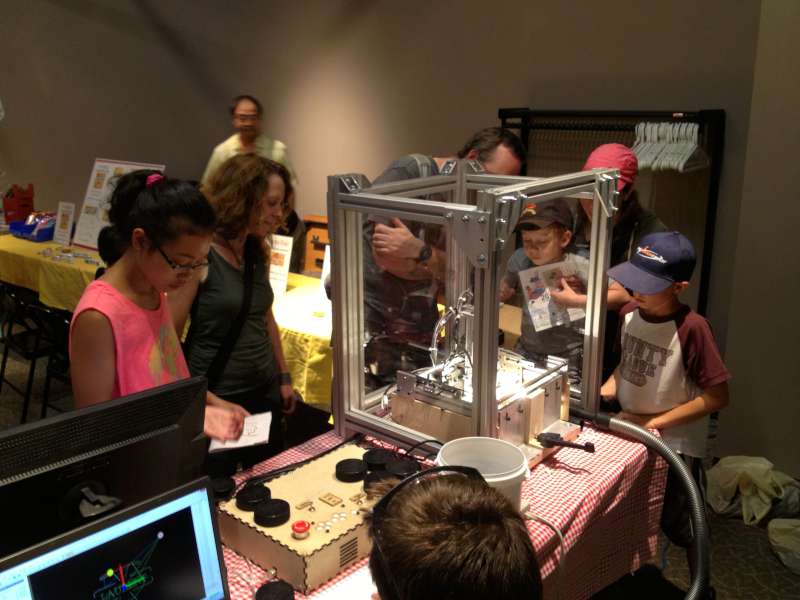 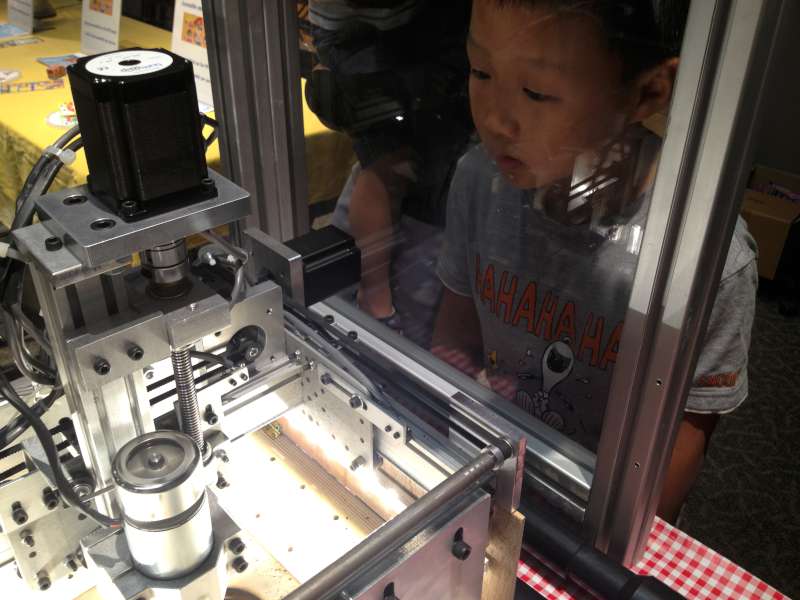 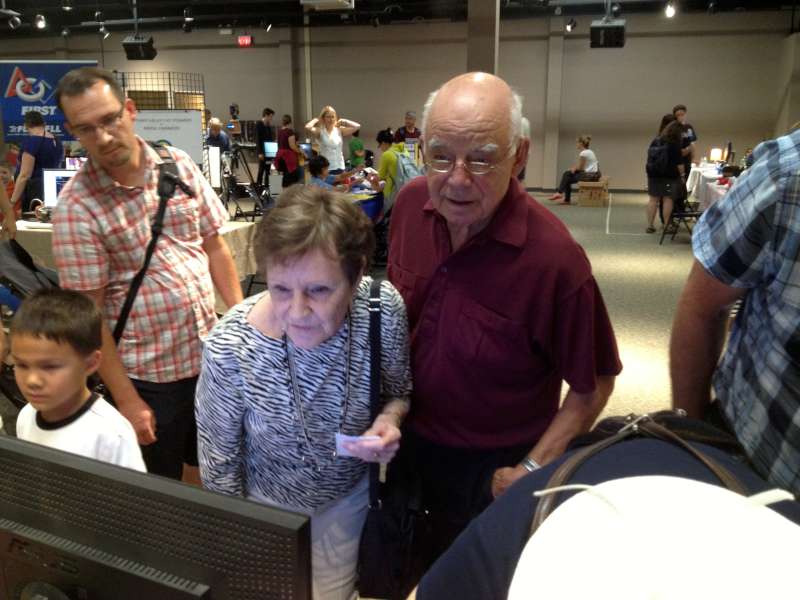 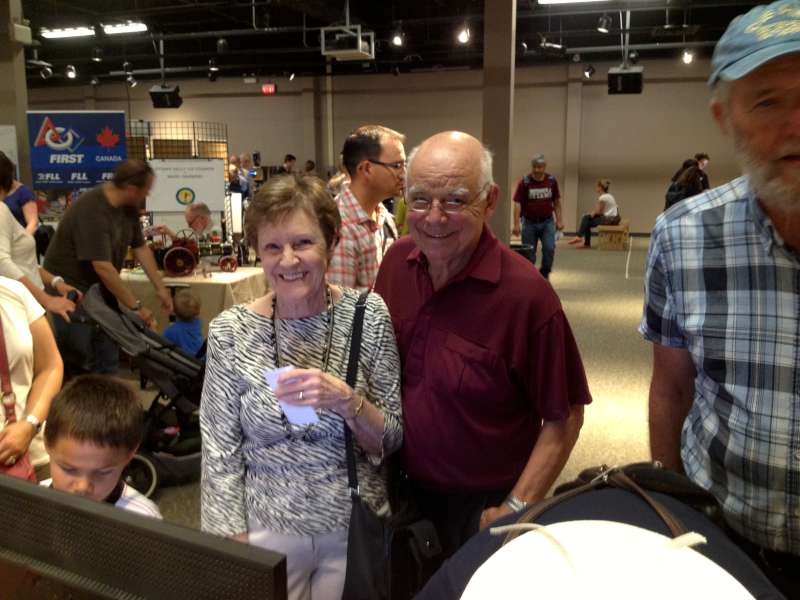 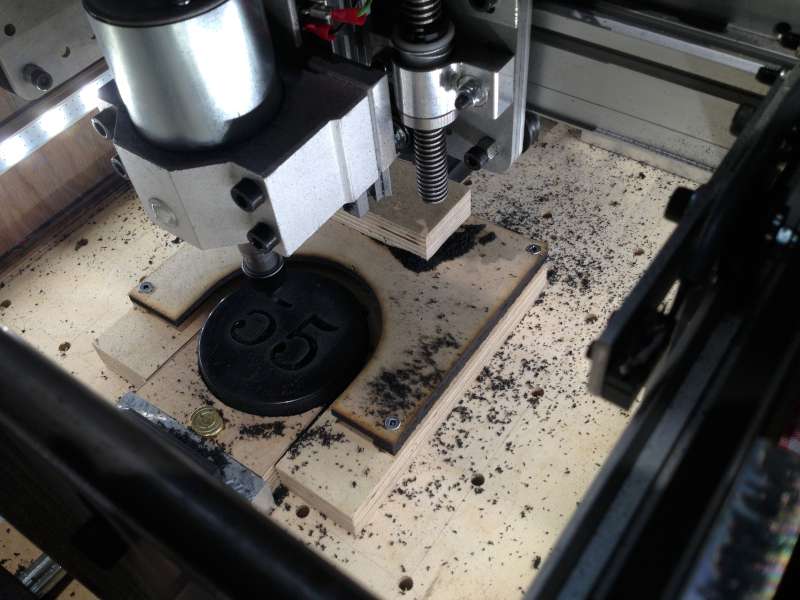 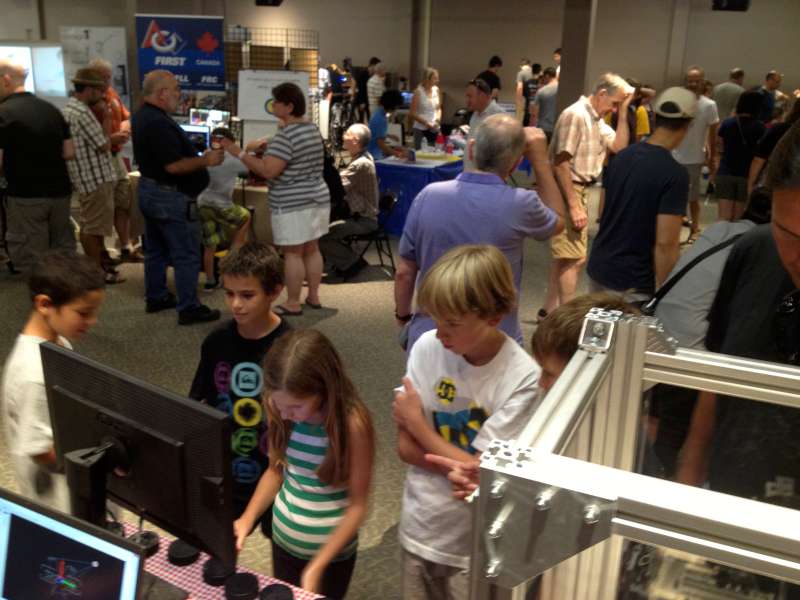